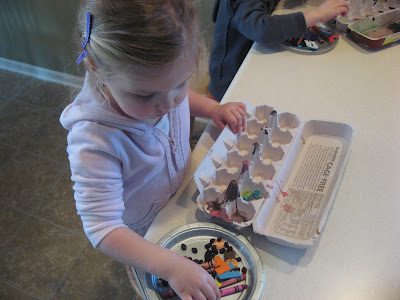 I’m a teacher by training, a former children’s ministry director, and a current mom of three.  Like many of you, I understand the importance of and enjoy the teaching of my 2 and 4-year-olds. Am I alone in saying, though, that I disdain complicated activities that require a lot of preparation and/or supplies?  I wish that wasn’t the case, but alas that is not my strong suit.  Today’s simple learning time (which we call “counter activity”) was my kind of gig–simple, included supplies I already had, and fun for the chitlins.  Here’s what we did to learn the concept of sorting…

For Ages:  Probably most appropriate for ages 2-5, if I had to guess, but you could certainly adapt this idea for a 1-year-old.  For the love, though, don’t give a 1-year-old paper clips and coins!

Learning Objectives:
– learn how to observe differences and similarities between objects
– develop fine motor skills, as they have to pick up and maneuver small objects (which, by way of covering myself from a lawsuit, can be dangerous with small kids, so keep a close eye on them!)
– learn the uses of objects
– An unexpected outcome from our sorting activity was that Jack said he wanted to try eating black beans tomorrow (a food he usually turns his nose up at).  So, we’re going to soak some overnight and cook them tomorrow, so he can try them.  I’ve noticed when he has an opportunity to touch, play with, or cook with new foods he often take the initiative to try them.

1) Place all the sorting items randomly on a plate or in a bowl. 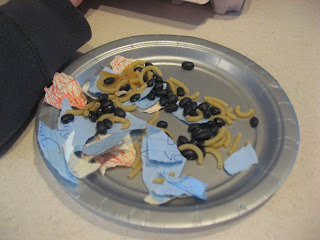 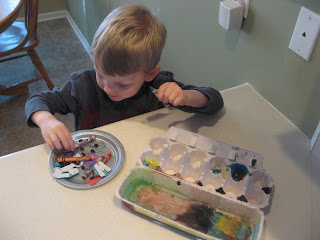 3) Make observations about the differences and/or similarities between the objects.  For instance, I asked the kids, “Do you think a pumpkin seed or a popcorn kernel is bigger?”  We laid them on the counter side by side and made the observation.

4) The list of questions to ask while they are sorting can go on and on:
– Which objects are ones people can eat?
– Which object is the smallest?
– Can you sort the objects from smallest to biggest?
– What is your favorite object?  Why?
– What are some things you can use rubber bands for?  What about paper clips? 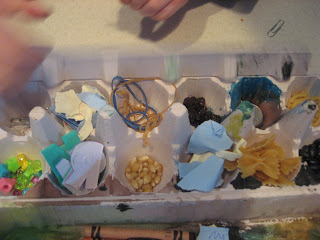 Hope you have fun trying this one at home if you haven’t before!

Chicken Penne Pasta with Asparagus and Peppers
Scroll to top