END_OF_DOCUMENT_TOKEN_TO_BE_REPLACED

This past weekend I embarked on a new adventure: The Megabus. 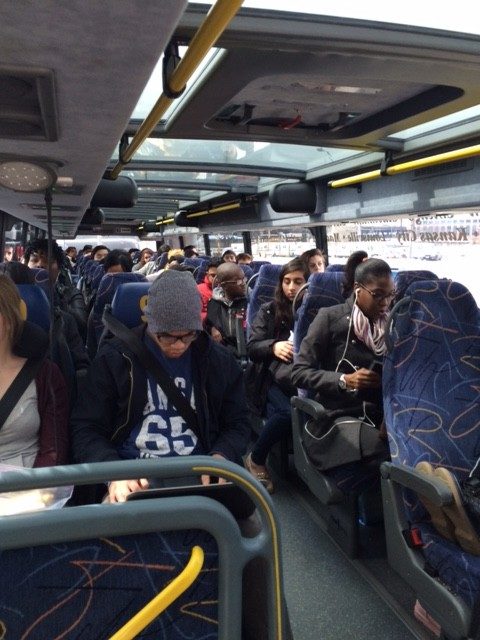 The Megabus is kind of what it sounds like. A huge bus that takes you places. It travels back and forth between Kansas City, Columbia, St. Louis and Chicago.

A bunch of my college friends and I teamed up to throw a baby shower for my dear friend, Mary Kate in Chicago. Rather than drive countless hours by myself, fight the traffic and parking in Chi-town, I opted to take the megabus.

Ya’ll. It was hilarious.

Let me just walk you though my adventure.

Because I am a freak about being on time, I show up 30+ minutes before the bus was supposed to leave only to be met with at least 50 people already waiting to board the bus. There was no organized line. No, just a collection of people hanging out along the sidewalk, sizing each other up on who the weaklings were in the group that could potentially be taken out on a mad dash to the bus doors in order to get good seats.

Well, the moment arrives. The bus begins to pull in and like cattle seeing a feed truck, the masses begin to move towards the bus entrance.

I so badly wanted to create order out of this chaos but it should be mentioned that 95% of the people were college students. Yep, this mother of 2 was enveloped into a sea of college spring breakers.

Trying to remain mature about the situation, since I was clearly the elder in the group, I thought it’d be slightly inappropriate to throw some bows in order to get to the front of the line. No, I was smart about my approach. I’ve had many years experience on outsmarting kids and I was putting my well earned wisdom to work in this chaotic scene. I wiggled myself up close to the bus so I only had to fight the people traffic jam on one side of me instead of two. After the first step of delivering my luggage, I wormed my way to be about 10th in the stagnant line to get on the bus. Ah ha! Take that college students.

(At this point I should probably note that my husband works in college ministry so I really have nothing but love for college students. Just tough love when it comes to getting a good seat for a 7 hour ride.)

Much to my dismay, college students did not follow the unspoken rule of getting in line BEHIND the person in front of you. No, apparently when no one is in charge, all social norms are off because people started lining up to the left and to the right of the line, not behind me like any other civilized person would do.  So this ended up putting me 10 people behind a massive group of rule breaking spring breakers resulting in me being one of the last to enter the bus.

As I boarded the bus I expected to find very few open seats. Maybe one with a broken arm rest or next to the bathroom. I scanned the bottom level and saw 4 open seats around a table. When booking the bus ticket online, it had shown these table seats as reserved. However, being one of the last people on the bus, I found it curious that they were still open and asked the bus driver about them. He told me they weren’t reserved. I swooped into the table window seat before these college kids knew what hit them.

Following my lead, three college dudes roaming for open seats sat with me.

It’s worth noting that Megabus didn’t even bother to check tickets or reservations. Nope. This bus driver just let us load up, made a few announcements peppered by some curse words and pretty much told us not to be idiots. I had to restrain myself from making my own announcements and expressing my disapproval about their boarding process. I withheld.

My three buddies actually didn’t talk for the first half of the ride. This is quite awkward when you are practically rubbing legs with the one next to you and sitting face to face with another. I also noticed a strong smell of alcohol but couldn’t identify which one it was coming from. My guess is it was from one of these two. Hard to tell though. 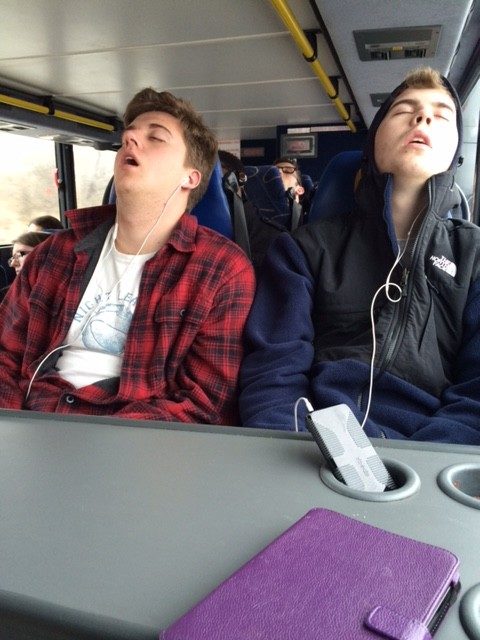 After a few hours, I did get two of the three boys chatting a bit. After having a phone call with Rachel about essential oils, the boy next to me inquired about my interest in them which I found quite funny. When he found out I’m a blogger he asked all about my life as a blogger which was quite impressive for a college dude.

What I found so interesting is how quiet the bus was. I brought my noise canceling earphones but had no use for them. Everyone was either sleeping, reading or had their earphones in. Not sure what I was expecting but it was pretty darn silent.

We were informed we would have a rest stop about 4 hours into the ride but my water consumption proved to be too much for that time span. I found my way to the bus restroom and was slightly horrified to find a glorified Porta-Potty.

There, in the depths of the toilet was a sea of blue water sloshing around. Praying that we wouldn’t hit a big bump while I was sitting down, I went as quickly as I could. Much to my horror, we did hit a bump and I did not escape a little splash. I was so petrified about what just happened that I didn’t notice my door had come unlatched and had begun to swing open. Luckily the bathroom was the size of a coffin so I was able to quickly close the runaway door.

After vowing to take a shower when I got to Chicago, I also convinced myself that everything in the water was completely diluted and killed every germ that came into contact with it. Yes, I was splashed with completely clean, sanitized toilet water.

Fortunately, the rest of the trip was a bit uneventful. My friends were there to pick me up and we had a wonderful weekend together.

Now that I was a MegaBus veteran, I felt a bit more confident about my trip home. The Chicago boarding station proved to be much more organized — they even checked my ticket! I had also reserved a top floor, front row seat for this trip which ended up being my best decision of the weekend. I was hoping that the seat next to me would be open and was a bit disheartened when a gal plopped down next to me.

We initially ignored each other like any good public transportation traveler does until we both began to wrestle with the air vent. Finding a bond in our mutual coldness, we began to chat. Nikki introduced herself and began to ask a few questions about the MegaBus. It was her first trip so I began to enlighten her about the tricks of the trade I had learned on my first trip.

Upon first impression I was quick to assume that Nikki and I didn’t have much in common.

She looked like she belonged to either a rock band or possibly stepped out of the Dauntless faction from Divergent. Think rocker, slightly gothic with a feminine flare.

Much to my surprise, we quickly found many common interests. She told me she was a Women’s Empowerment Coach which meant she “helps women get their sh*t together.” In a way I kind of do the same thing. Although I have never really described it that way.

We bonded over our heart for women being honest about the realities of life, motherhood, relationships and so on. I also found out that Nikki was actively involved in coaching Weight Watchers groups and we found even more to talk about when chatting about eating healthy, recipes, fad-diets and such. She also has a website and blog. As you can imagine, we had much to chat about when we realized we had that in common.

The ride home went quickly and as the bus dropped Nikki off in St. Louis she confessed to me that she was very anxious about the trip and about what was in store for her in St. Louis. She told me that sitting next to me and chatting really helped and made the ride pleasant.

Being the over-asker that I am I asked her if could take a picture of her because I would likely blog about my Megabus experience. She quickly obliged and insisted I get one with her coat off. So glad I didn’t miss these tattoos in the picture! 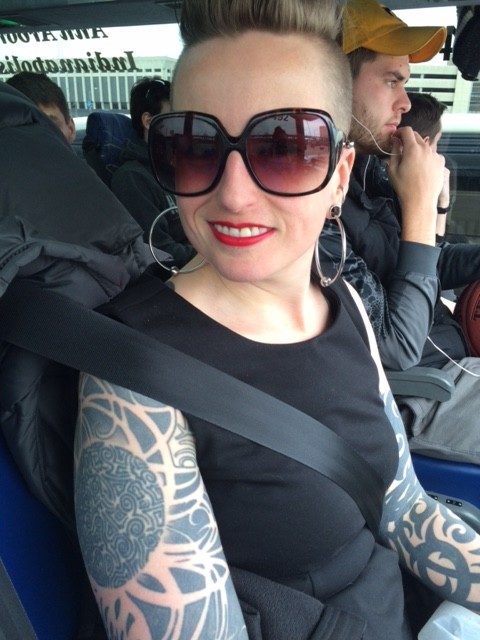 I also told her I needed a profile to get a good shot of her hair.

I feel like it’s worth noting that Nikki was probably the only one to wear her seatbelt on the Megabus. After explaining her reasoning why, I might have put mine on too. I mean, we WERE in the very front seat.

In any other situation this small town girl might have been a bit intimidated by Nikki’s appearance and written her off thinking we had nothing in common. It was such a great reminder to me to not judge someone who appears to be different than what I’m used to. I wish I would often step outside of my bubble of comfort to engage with people like Nikki.

You never know what the Megabus may have in store.