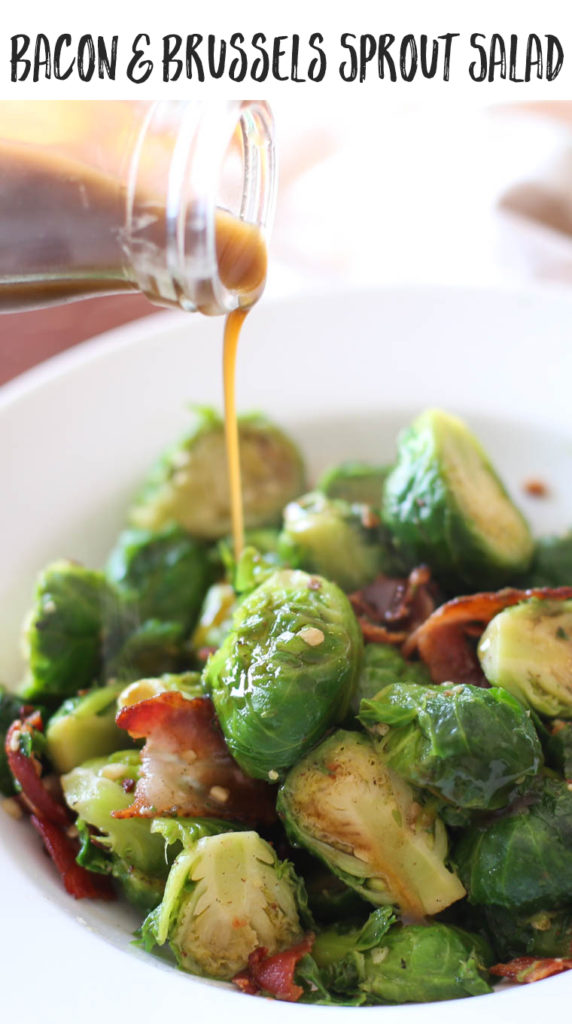 My family won’t go for Brussel Sprouts. I’ve tried multiple times but they simply turn their noses up at the idea of them before they even try them. Husband included.

Since I’m the only one who will eat these green lovelies, I hardly ever buy them. However, last week I was feeling a bit defiant at the store and thought, “Darn it, I want Brussel sprouts so I am going to get them.”

After returning home, I scoured through a few recipes trying to find one that my family would maybe go for. One in the Cast Iron Cookbook I got for Christmas caught my eye. Probably because the brussels are cooked in bacon grease. They’d have to like that, right?!

Armed with this as my major selling point, I pitched the bacon-infused Brussel sprout idea to my husband. Fail. He was still snobby about the idea of brussel sprouts. My kids, well they just asked for pancakes when they found out the recipe had bacon. #hopeless.

Regardless of my skeptics, I moved forward and ended up totally changing the original recipe. Except for the bacon part of course. 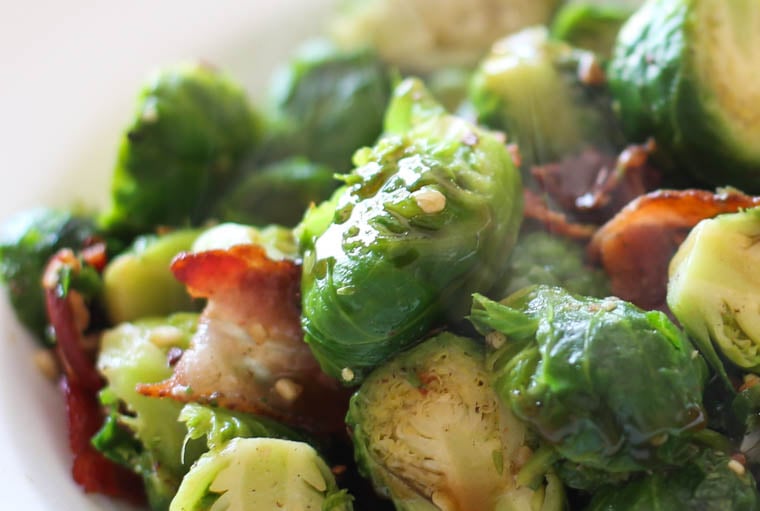 What I turned out with was delish. The cast iron added a great roasted texture and flavor to the brussels that are then topped with a balsamic-oil dressing. It’s just hard to go wrong with a roasted veggie-garlic-bacon-balsamic mixture and this recipe is no different.

I will for sure make this again.

And likely remind my family that they are missing out on one of life’s treasures.

Bacon and Brussels Salad is the perfect blend of salty and savory. Prepare to fall in love with brussels sprouts. 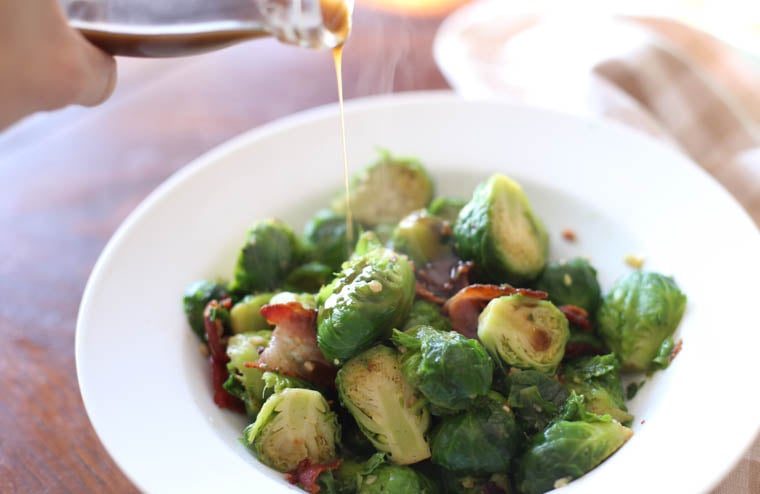