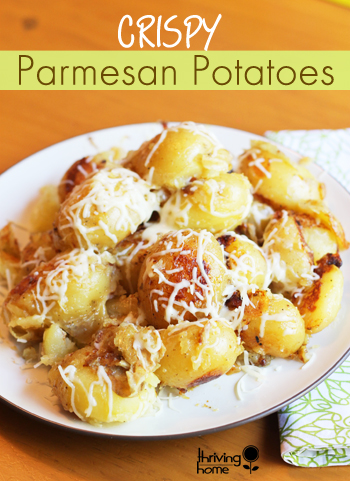 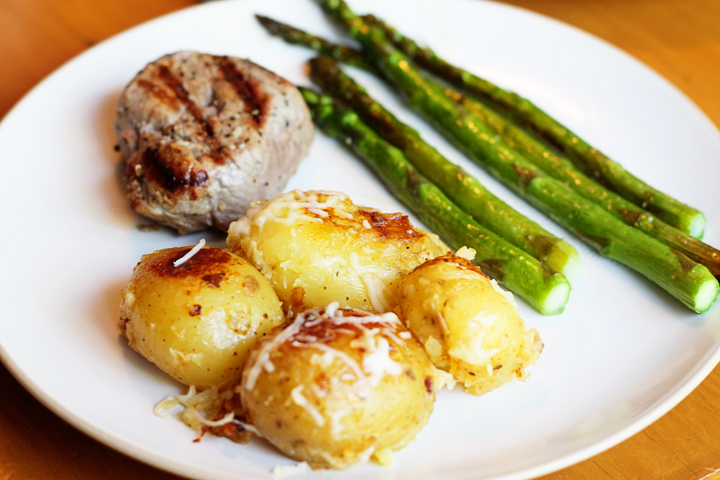 I love potato side dishes because they are cheap, filling, and almost everyone likes them. When I saw this potato recipe on the Rachael Ray show, I knew I had to give them a try. She calls them “Butter and Parm Squished Potatoes” but I renamed them since I didn’t really squish mine like she did. I had never cooked potatoes this way but the idea intrigued me. They turned out great and I for sure plan to make this recipe part of the rotation. Just look at them! Yum! 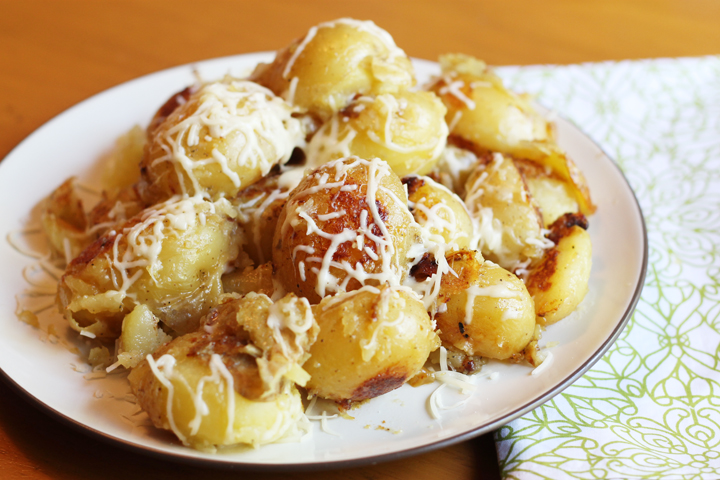 Start by washing about 2 pounds of Yukon potatoes.

Put the potatoes in a medium pot or skillet in a single layer. Pour in enough chicken stock to come up 1/4-inch of the sides of the potatoes, and add the extra-virgin olive oil. 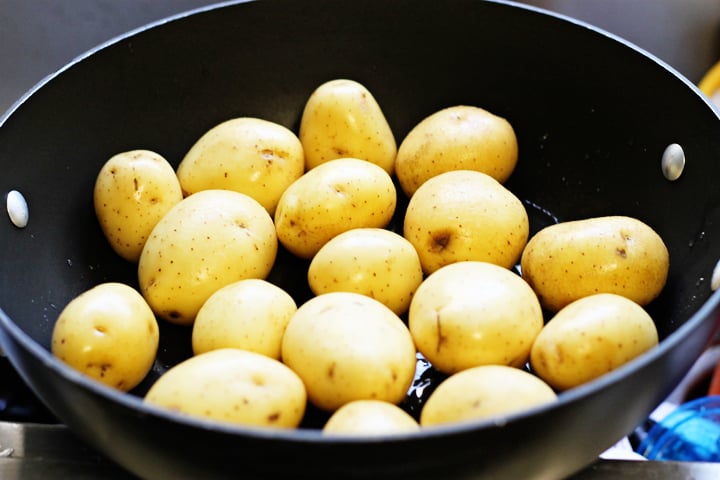 Cover the pot and bring the chicken stock to a boil. Reduce heat to simmer and steam for 10-15 minutes. Test to make sure potatoes have softened a bit. If so, remove the lid, raise the heat, and continue to cook until all of the chicken stock has been reduced (evaporated). 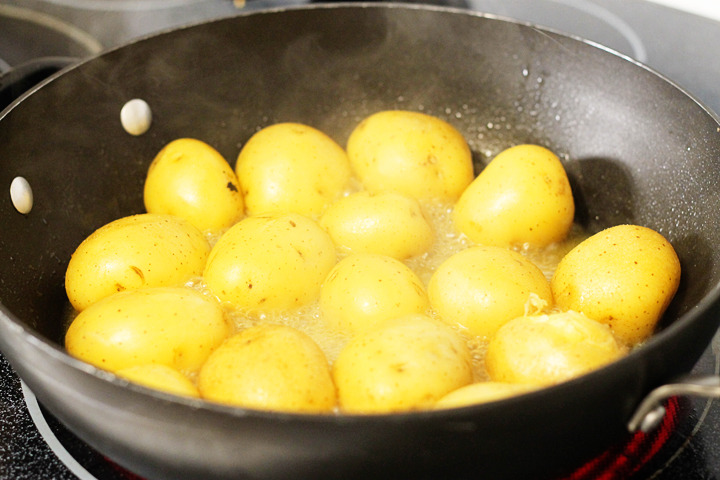 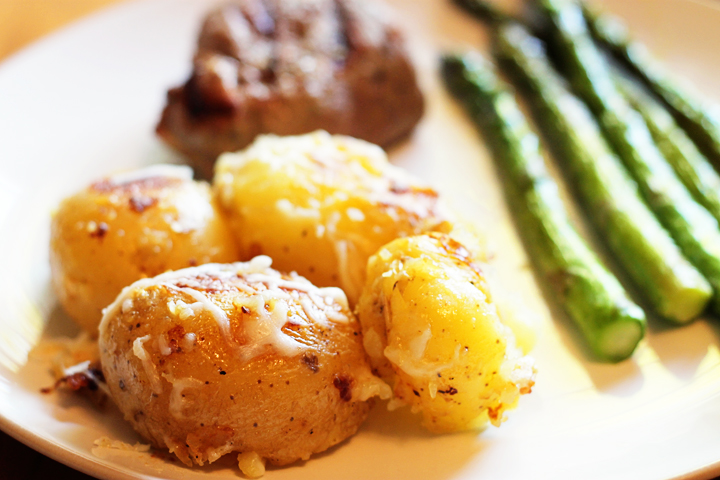 When the stock evaporates, squish the potatoes to flatten them a bit with a masher. Cook a little longer to crisp the potatoes a few minutes on each side, then season with black pepper. Stir in the butter and cheese and toss.

Make sure to pin this recipe for future dinners!

Delicate yukon gold potatoes are steamed and then covered in butter and parmesan cheese. Quite likely to become your next favorite side dish. 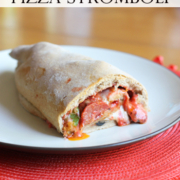 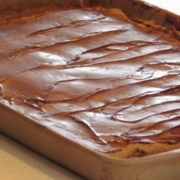 Compared to Her: A Book Review
Scroll to top