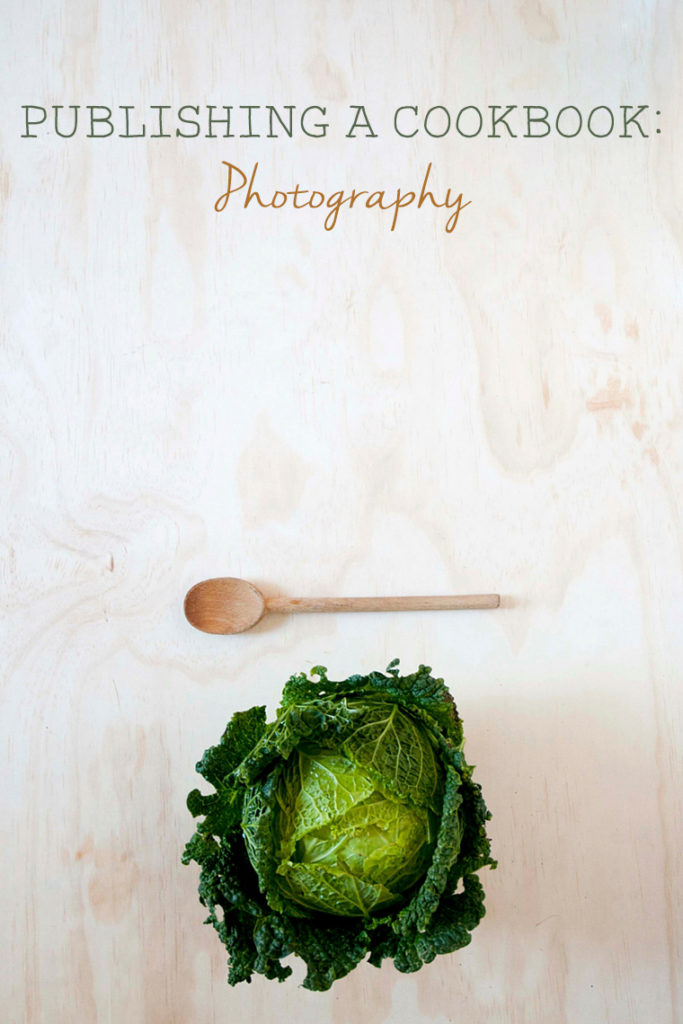 As promised, we are doing our best to keep you in the loop with our upcoming cookbook that is set to be released this fall. So far we have shared about:

1. What our cookbook is all about

We are now tackling a topic that we get the most questions about: photography!

This was a fun, yet surprisingly exhausting part of the project. There was a lot to it, so I’m going to break it down into two different posts: Part One: Lifestyle Photoshoots and Part Two: Recipe Photoshoots

Since we had a lot to cover in these lifestyle shoots, we actually broke it up into two different days. I’ll let Rachel tell you about our first shoot here…

The lifestyle photoshoots were done locally by Scott & Sam Myers. Because no one from Rodale was on site , we had to think through ALL of the details in each shot. Down to the type of napkin, cup, and color of plate we would use. On day one, we starting by getting shots of Rachel’s family eating a meal together. The kids really did a great job. It’s like they are used to having their picture taken for the blog or something… 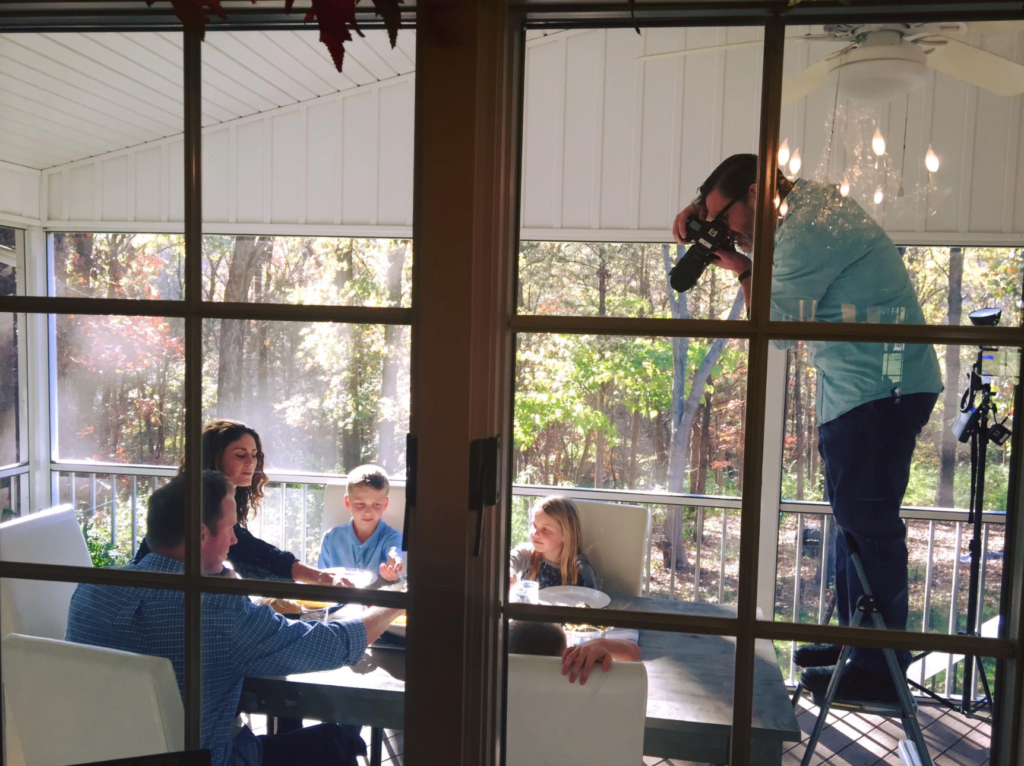 And spoiler alert: we didn’t use our own homes in the photoshoots. We identified a few friends (Sarah, Eileen, and Kelley) whose homes would be more ideal for lighting and setup. So, we invaded their homes instead. 🙂 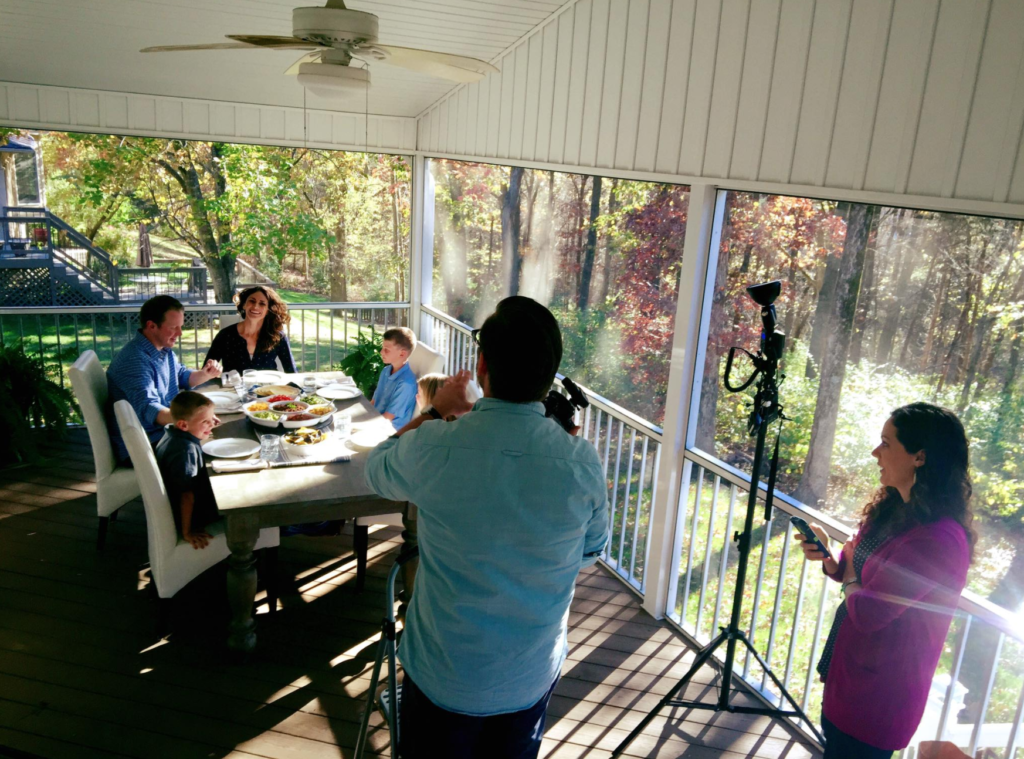 After Rachel’s family, we moved to a different location for our Freezer Club shoot. Despite our long list of clothing guidelines, our friends showed up, looked beautiful and made great models. This was fun because we pretty much just hung out while Scott swarmed around us taking pictures 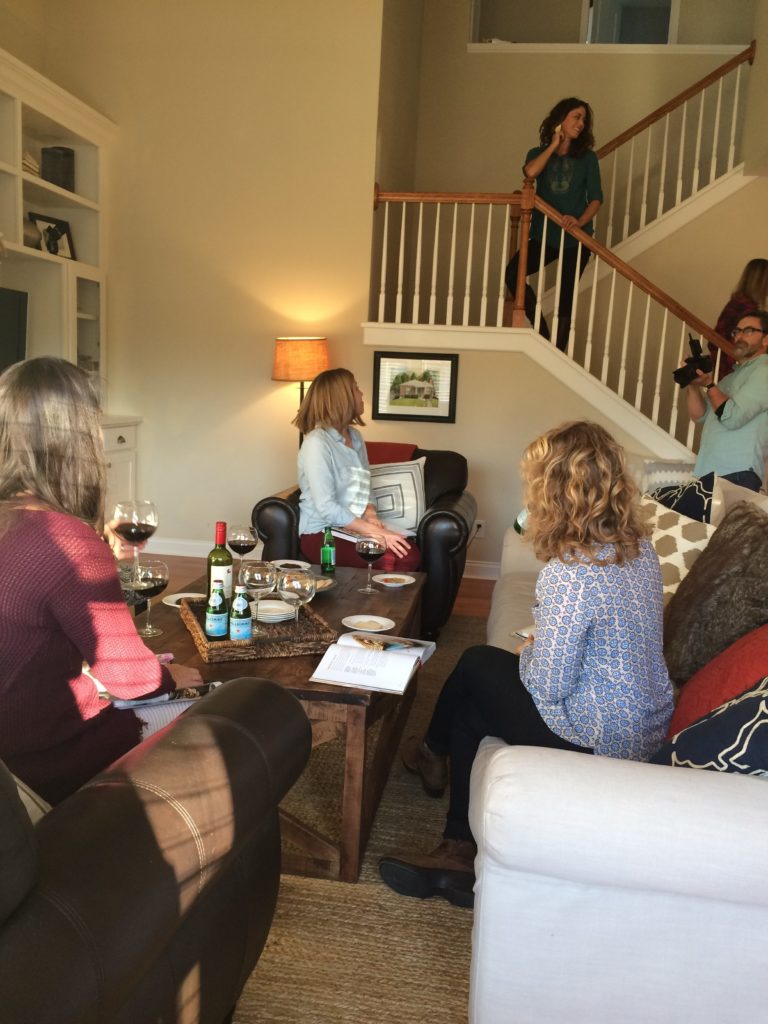 It was a fun afternoon!

A few weeks down the road we began setting up for our second shoot. As opposed to the half day shoot we did a few weeks ago, this one was a whole day. We had quite a bit to cover. We started with my family. The idea was to capture a casual breakfast. However, it wouldn’t be an authentic family meal without a tantrum or two. Before we even got started, we were wiping away tears and trying to be silly enough to distract my five year old from her frustrations on where she was supposed to sit.

Despite the half-napped baby, moody five-year-old, and rowdy 3-year-old, we got some good shots out of it. Whew!

From there, we moved on to head shots of both Rachel and I, some separate, and some together. It was at this point that we learned a few lessons from Sam about what colors we should and shouldn’t be wearing–for photos at least. I loved that Sam had strong opinions about what looked good on us and what didn’t. It was a fun atmosphere of swapping out tops, trying different combinations, fluffing hair, taming runaway curls, reapplying lip stick and trying to make each other laugh so that we would have a real smile.

After a quick break for lunch we started prepping for the Freezer Party. Here is a sneak peek of what was happening.

To be honest, we considered staging a fake freezer cooking party. But, we came to our senses and figured we’d probably get better shots and more variety if we did a real one. So, for about an hour we assembled meals that everyone took home and that most of us ended up eating for dinner that night.

Following the freezer cooking party, we had a few more things to do and then had to clean up the kitchen that we had just destroyed. We ended up leaving around 6pm that night and were were EXHAUSTED.

Again, it was fun, we learned a ton, but we’re glad we don’t have to do that again anytime soon. 🙂 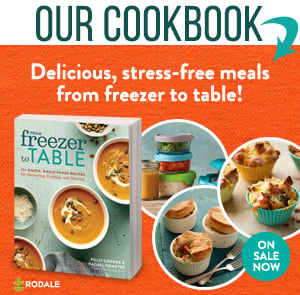 One Small Change to Save Money and Waste {Plus a Mighty Deal for You!}